The Fifth Sunday of Lent-March 29th Please join us Sunday 10am on ZOOM for Morning Prayer. Readings and ZOOM invite are below. Come and See! 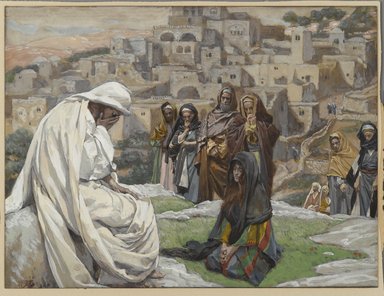 Almighty God, you alone can bring into order the unruly wills and affections of sinners: Grant your people grace to love what you command and desire what you promise; that, among the swift and varied changes of the world, our hearts may surely there be fixed where true joys are to be found; through Jesus Christ our Lord, who lives and reigns with you and the Holy Spirit, one God, now and for ever. Amen.

The hand of the Lord came upon me, and he brought me out by the spirit of the Lord and set me down in the middle of a valley; it was full of bones. He led me all around them; there were very many lying in the valley, and they were very dry. He said to me, “Mortal, can these bones live?” I answered, “O Lord God, you know.” Then he said to me, “Prophesy to these bones, and say to them: O dry bones, hear the word of the Lord. Thus says the Lord God to these bones: I will cause breath to enter you, and you shall live. I will lay sinews on you, and will cause flesh to come upon you, and cover you with skin, and put breath in you, and you shall live; and you shall know that I am the Lord.”

So I prophesied as I had been commanded; and as I prophesied, suddenly there was a noise, a rattling, and the bones came together, bone to its bone. I looked, and there were sinews on them, and flesh had come upon them, and skin had covered them; but there was no breath in them. Then he said to me, “Prophesy to the breath, prophesy, mortal, and say to the breath: Thus says the Lord God: Come from the four winds, O breath, and breathe upon these slain, that they may live.” I prophesied as he commanded me, and the breath came into them, and they lived, and stood on their feet, a vast multitude.

1 Out of the depths have I called to you, O Lord;
Lord, hear my voice; *
let your ears consider well the voice of my supplication.

3 For there is forgiveness with you; *
therefore you shall be feared.

6 O Israel, wait for the Lord, *
for with the Lord there is mercy;

7 With him there is plenteous redemption, *
and he shall redeem Israel from all their sins.

Now a certain man was ill, Lazarus of Bethany, the village of Mary and her sister Martha. Mary was the one who anointed the Lord with perfume and wiped his feet with her hair; her brother Lazarus was ill. So the sisters sent a message to Jesus, “Lord, he whom you love is ill.” But when Jesus heard it, he said, “This illness does not lead to death; rather it is for God’s glory, so that the Son of God may be glorified through it.” Accordingly, though Jesus loved Martha and her sister and Lazarus, after having heard that Lazarus was ill, he stayed two days longer in the place where he was.

Then after this he said to the disciples, “Let us go to Judea again.” The disciples said to him, “Rabbi, the Jews were just now trying to stone you, and are you going there again?” Jesus answered, “Are there not twelve hours of daylight? Those who walk during the day do not stumble, because they see the light of this world. But those who walk at night stumble, because the light is not in them.” After saying this, he told them, “Our friend Lazarus has fallen asleep, but I am going there to awaken him.” The disciples said to him, “Lord, if he has fallen asleep, he will be all right.” Jesus, however, had been speaking about his death, but they thought that he was referring merely to sleep. Then Jesus told them plainly, “Lazarus is dead. For your sake I am glad I was not there, so that you may believe. But let us go to him.” Thomas, who was called the Twin, said to his fellow disciples, “Let us also go, that we may die with him.”

When Jesus arrived, he found that Lazarus had already been in the tomb four days. Now Bethany was near Jerusalem, some two miles away, and many of the Jews had come to Martha and Mary to console them about their brother. When Martha heard that Jesus was coming, she went and met him, while Mary stayed at home. Martha said to Jesus, “Lord, if you had been here, my brother would not have died. But even now I know that God will give you whatever you ask of him.” Jesus said to her, “Your brother will rise again.” Martha said to him, “I know that he will rise again in the resurrection on the last day.” Jesus said to her, “I am the resurrection and the life. Those who believe in me, even though they die, will live, and everyone who lives and believes in me will never die. Do you believe this?” She said to him, “Yes, Lord, I believe that you are the Messiah, the Son of God, the one coming into the world.”

When she had said this, she went back and called her sister Mary, and told her privately, “The Teacher is here and is calling for you.” And when she heard it, she got up quickly and went to him. Now Jesus had not yet come to the village, but was still at the place where Martha had met him. The Jews who were with her in the house, consoling her, saw Mary get up quickly and go out. They followed her because they thought that she was going to the tomb to weep there. When Mary came where Jesus was and saw him, she knelt at his feet and said to him, “Lord, if you had been here, my brother would not have died.” When Jesus saw her weeping, and the Jews who came with her also weeping, he was greatly disturbed in spirit and deeply moved. He said, “Where have you laid him?” They said to him, “Lord, come and see.” Jesus began to weep. So the Jews said, “See how he loved him!” But some of them said, “Could not he who opened the eyes of the blind man have kept this man from dying?”

Then Jesus, again greatly disturbed, came to the tomb. It was a cave, and a stone was lying against it. Jesus said, “Take away the stone.” Martha, the sister of the dead man, said to him, “Lord, already there is a stench because he has been dead four days.” Jesus said to her, “Did I not tell you that if you believed, you would see the glory of God?” So they took away the stone. And Jesus looked upward and said, “Father, I thank you for having heard me. I knew that you always hear me, but I have said this for the sake of the crowd standing here, so that they may believe that you sent me.” When he had said this, he cried with a loud voice, “Lazarus, come out!” The dead man came out, his hands and feet bound with strips of cloth, and his face wrapped in a cloth. Jesus said to them, “Unbind him, and let him go.”

Many of the Jews therefore, who had come with Mary and had seen what Jesus did, believed in him.

you do not have a copy of the Book of Common Prayer, a link to the online version is below. It can be viewed online or downloaded for free.

Zoom is free to download and use. No profile, membership or log-in is needed.

Dial by your location
US Toll

The Potrait above, “Jesus Wept” is by James Tissot circa 1886 and is on display at The Brooklyn Museum.

Our Sunday office hymn is below. Please enjoy and Thanks be to God!