The Transfiguration of our Lord-August 6th 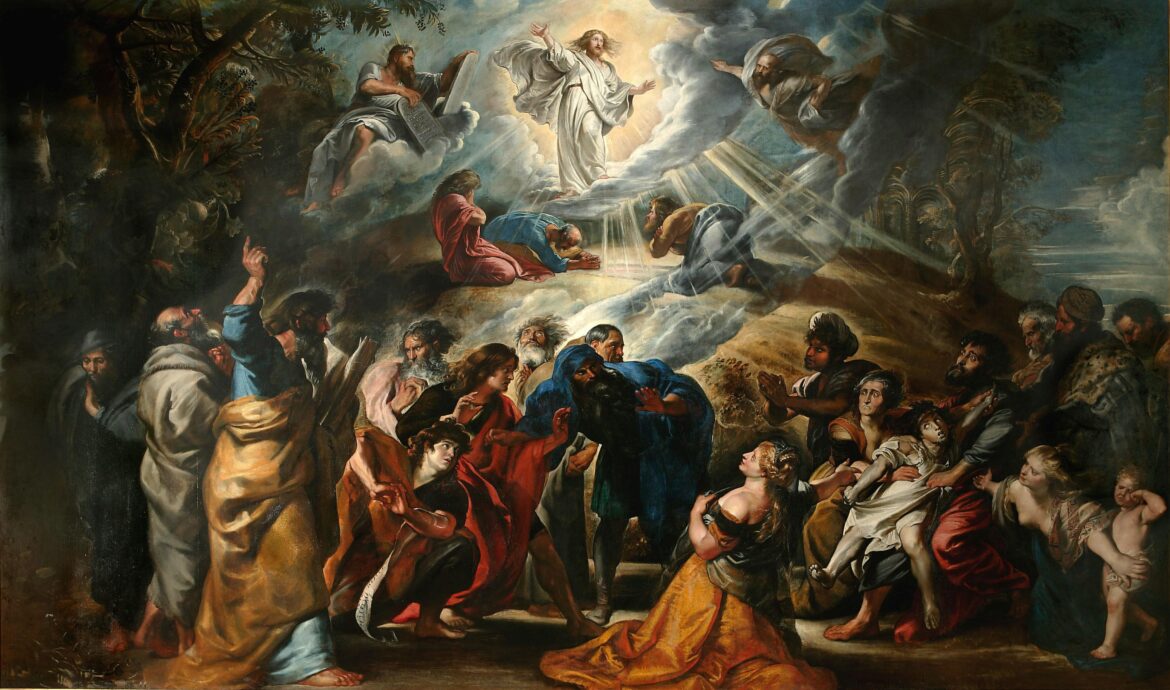 Please stop by and join us online on Thursday August 6th for our celebration of The Transfiguration of our Lord Jesus. We will have Noonday prayer at 12pm, Evening Prayer with a homily at 6pm and our daily Compline at 7pm. The ZOOM invite is the same as our daily Compline. Everyone is Welcome!

O God, who on the holy mount revealed to chosen witnesses your well-beloved Son, wonderfully transfigured, in raiment white and glistening: Mercifully grant that we, being delivered from the disquietude of this world, may by faith behold the King in his beauty; who with you, O Father, and you, O Holy Spirit, lives and reigns, one God, for ever and ever. Amen.

I think it right, as long as I am in this body, to refresh your memory, since I know that my death will come soon, as indeed our Lord Jesus Christ has made clear to me. And I will make every effort so that after my departure you may be able at any time to recall these things.

For we did not follow cleverly devised myths when we made known to you the power and coming of our Lord Jesus Christ, but we had been eyewitnesses of his majesty. For he received honor and glory from God the Father when that voice was conveyed to him by the Majestic Glory, saying, “This is my Son, my Beloved, with whom I am well pleased.” We ourselves heard this voice come from heaven, while we were with him on the holy mountain.

So we have the prophetic message more fully confirmed. You will do well to be attentive to this as to a lamp shining in a dark place, until the day dawns and the morning star rises in your hearts. First of all you must understand this, that no prophecy of scripture is a matter of one’s own interpretation, because no prophecy ever came by human will, but men and women moved by the Holy Spirit spoke from God.

5 Proclaim the greatness of the Lord our God
and fall down before his footstool; *
he is the Holy One.

6 Moses and Aaron among his priests,
and Samuel among those who call upon his Name, *
they called upon the Lord, and he answered them.

7 He spoke to them out of the pillar of cloud; *
they kept his testimonies and the decree that he gave them.

8 O Lord our God, you answered them indeed; *
you were a God who forgave them,
yet punished them for their evil deeds.

Moses came down from Mount Sinai. As he came down from the mountain with the two tablets of the covenant in his hand, Moses did not know that the skin of his face shone because he had been talking with God. When Aaron and all the Israelites saw Moses, the skin of his face was shining, and they were afraid to come near him. But Moses called to them; and Aaron and all the leaders of the congregation returned to him, and Moses spoke with them. Afterward all the Israelites came near, and he gave them in commandment all that the Lord had spoken with him on Mount Sinai. When Moses had finished speaking with them, he put a veil on his face; but whenever Moses went in before the Lord to speak with him, he would take the veil off, until he came out; and when he came out, and told the Israelites what he had been commanded, the Israelites would see the face of Moses, that the skin of his face was shining; and Moses would put the veil on his face again, until he went in to speak with him.

Jesus took with him Peter and John and James, and went up on the mountain to pray. And while he was praying, the appearance of his face changed, and his clothes became dazzling white. Suddenly they saw two men, Moses and Elijah, talking to him. They appeared in glory and were speaking of his departure, which he was about to accomplish at Jerusalem. Now Peter and his companions were weighed down with sleep; but since they had stayed awake, they saw his glory and the two men who stood with him. Just as they were leaving him, Peter said to Jesus, “Master, it is good for us to be here; let us make three dwellings, one for you, one for Moses, and one for Elijah” —not knowing what he said. While he was saying this, a cloud came and overshadowed them; and they were terrified as they entered the cloud. Then from the cloud came a voice that said, “This is my Son, my Chosen; listen to him!” When the voice had spoken, Jesus was found alone. And they kept silent and in those days told no one any of the things they had seen.

The painting above Transfiguration 1605 is by Peter Paul Rubens and is on display at Musée de l’École in Nancy, Lorraine province, France.

Our office hymn is below. Come and join us for a few minutes of prayer and fellowship!