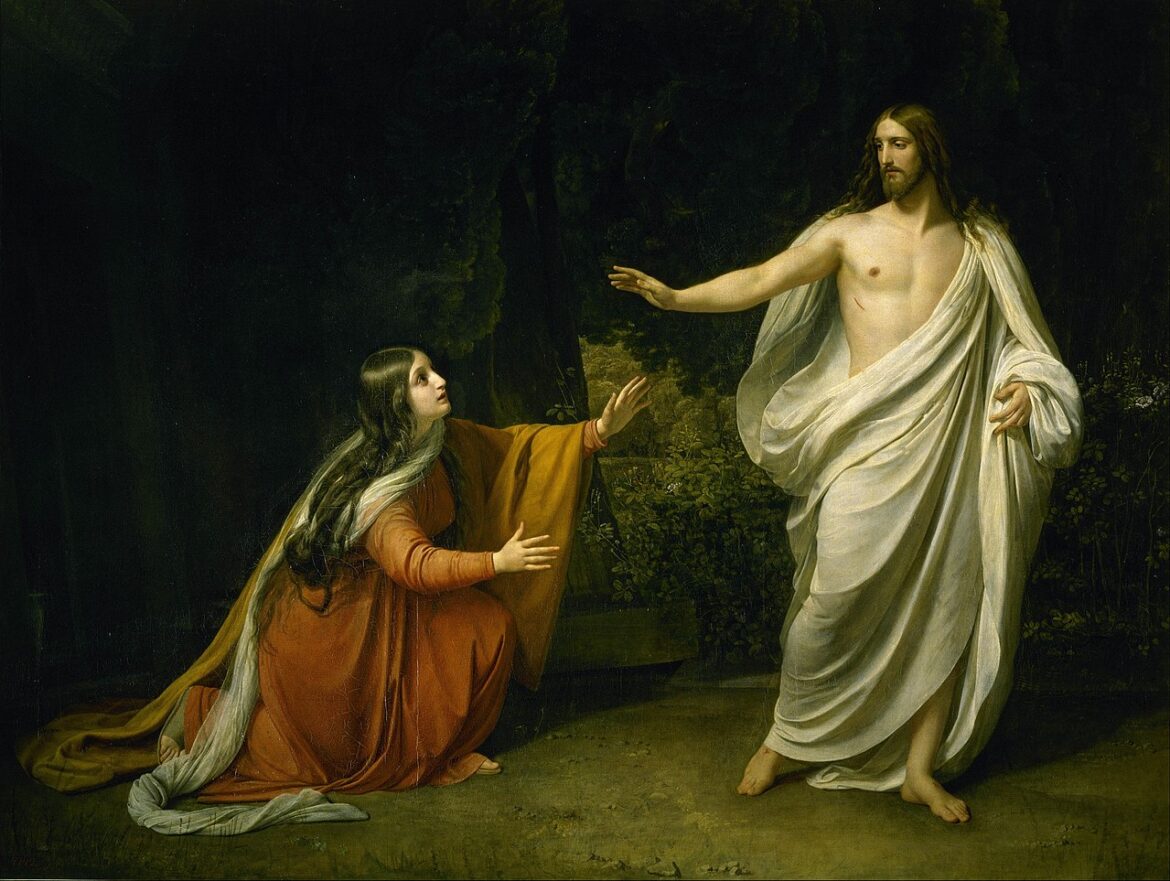 Everyone is welcome to join us online for Evening Prayer at 7pm Saturday for the Great Vigil of Easter. The Zoom invite is same as our daily Compline service.

O God, who made this most holy night to shine with the glory of the Lord’s resurrection: Stir up in your Church that Spirit of adoption which is given to us in Baptism, that we, being renewed both in body and mind, may worship you in sincerity and truth; through Jesus Christ our Lord, who lives and reigns with you, in the unity of the Holy Spirit, one God, now and for ever. Amen.

Almighty God, who through your only-begotten Son Jesus Christ overcame death and opened to us the gate of everlasting life: Grant that we, who celebrate with joy the day of the Lord’s resurrection, may be raised from the death of sin by your life-giving Spirit; through Jesus Christ our Lord, who lives and reigns with you and the Holy Spirit, one God, now and for ever. Amen.

Hallelujah!
When Israel came out of Egypt, *
the house of Jacob from a people of strange speech,
Judah became God’s sanctuary *
and Israel his dominion.
The sea beheld it and fled; *
Jordan turned and went back.
The mountains skipped like rams, *
and the little hills like young sheep.
What ailed you, O sea, that you fled? *
O Jordan, that you turned back?
You mountains, that you skipped like rams? *
you little hills like young sheep?
Tremble, O earth, at the presence of the Lord, *
at the presence of the God of Jacob,
Who turned the hard rock into a pool of water *
and flint-stone into a flowing spring.

Israel’s deliverance at the Red Sea

As Pharaoh drew near, the Israelites looked back, and there were the Egyptians advancing on them. In great fear the Israelites cried out to the Lord. They said to Moses, “Was it because there were no graves in Egypt that you have taken us away to die in the wilderness? What have you done to us, bringing us out of Egypt? Is this not the very thing we told you in Egypt, ‘Let us alone and let us serve the Egyptians’? For it would have been better for us to serve the Egyptians than to die in the wilderness.” But Moses said to the people, “Do not be afraid, stand firm, and see the deliverance that the Lord will accomplish for you today; for the Egyptians whom you see today you shall never see again. The Lord will fight for you, and you have only to keep still.”

Then the Lord said to Moses, “Why do you cry out to me? Tell the Israelites to go forward. But you lift up your staff, and stretch out your hand over the sea and divide it, that the Israelites may go into the sea on dry ground. Then I will harden the hearts of the Egyptians so that they will go in after them; and so I will gain glory for myself over Pharaoh and all his army, his chariots, and his chariot drivers. And the Egyptians shall know that I am the Lord, when I have gained glory for myself over Pharaoh, his chariots, and his chariot drivers.”

The angel of God who was going before the Israelite army moved and went behind them; and the pillar of cloud moved from in front of them and took its place behind them. It came between the army of Egypt and the army of Israel. And so the cloud was there with the darkness, and it lit up the night; one did not come near the other all night.

Then Moses stretched out his hand over the sea. The Lord drove the sea back by a strong east wind all night, and turned the sea into dry land; and the waters were divided. The Israelites went into the sea on dry ground, the waters forming a wall for them on their right and on their left. The Egyptians pursued, and went into the sea after them, all of Pharaoh’s horses, chariots, and chariot drivers. At the morning watch the Lord in the pillar of fire and cloud looked down upon the Egyptian army, and threw the Egyptian army into panic. He clogged their chariot wheels so that they turned with difficulty. The Egyptians said, “Let us flee from the Israelites, for the Lord is fighting for them against Egypt.”

Then the Lord said to Moses, “Stretch out your hand over the sea, so that the water may come back upon the Egyptians, upon their chariots and chariot drivers.” So Moses stretched out his hand over the sea, and at dawn the sea returned to its normal depth. As the Egyptians fled before it, the Lord tossed the Egyptians into the sea. The waters returned and covered the chariots and the chariot drivers, the entire army of Pharaoh that had followed them into the sea; not one of them remained. But the Israelites walked on dry ground through the sea, the waters forming a wall for them on their right and on their left.

Then the prophet Miriam, Aaron’s sister, took a tambourine in her hand; and all the women went out after her with tambourines and with dancing. And Miriam sang to them:

“Sing to the Lord, for he has triumphed gloriously;
horse and rider he has thrown into the sea.”

When the sabbath was over, Mary Magdalene, and Mary the mother of James, and Salome bought spices, so that they might go and anoint Jesus. And very early on the first day of the week, when the sun had risen, they went to the tomb. They had been saying to one another, “Who will roll away the stone for us from the entrance to the tomb?” When they looked up, they saw that the stone, which was very large, had already been rolled back. As they entered the tomb, they saw a young man, dressed in a white robe, sitting on the right side; and they were alarmed. But he said to them, “Do not be alarmed; you are looking for Jesus of Nazareth, who was crucified. He has been raised; he is not here. Look, there is the place they laid him. But go, tell his disciples and Peter that he is going ahead of you to Galilee; there you will see him, just as he told you.” So they went out and fled from the tomb, for terror and amazement had seized them; and they said nothing to anyone, for they were afraid.

The Lessons for Easter Day

For I handed on to you as of first importance what I in turn had received: that Christ died for our sins in accordance with the scriptures, and that he was buried, and that he was raised on the third day in accordance with the scriptures, and that he appeared to Cephas, then to the twelve. Then he appeared to more than five hundred brothers and sisters at one time, most of whom are still alive, though some have died. Then he appeared to James, then to all the apostles. Last of all, as to one untimely born, he appeared also to me. For I am the least of the apostles, unfit to be called an apostle, because I persecuted the church of God. But by the grace of God I am what I am, and his grace toward me has not been in vain. On the contrary, I worked harder than any of them–though it was not I, but the grace of God that is with me. Whether then it was I or they, so we proclaim and so you have come to believe.

Early on the first day of the week, while it was still dark, Mary Magdalene came to the tomb and saw that the stone had been removed from the tomb. So she ran and went to Simon Peter and the other disciple, the one whom Jesus loved, and said to them, “They have taken the Lord out of the tomb, and we do not know where they have laid him.” Then Peter and the other disciple set out and went toward the tomb. The two were running together, but the other disciple outran Peter and reached the tomb first. He bent down to look in and saw the linen wrappings lying there, but he did not go in. Then Simon Peter came, following him, and went into the tomb. He saw the linen wrappings lying there, and the cloth that had been on Jesus’ head, not lying with the linen wrappings but rolled up in a place by itself. Then the other disciple, who reached the tomb first, also went in, and he saw and believed; for as yet they did not understand the scripture, that he must rise from the dead. Then the disciples returned to their homes.

But Mary stood weeping outside the tomb. As she wept, she bent over to look into the tomb; and she saw two angels in white, sitting where the body of Jesus had been lying, one at the head and the other at the feet. They said to her, “Woman, why are you weeping?” She said to them, “They have taken away my Lord, and I do not know where they have laid him.” When she had said this, she turned around and saw Jesus standing there, but she did not know that it was Jesus. Jesus said to her, “Woman, why are you weeping? Whom are you looking for?” Supposing him to be the gardener, she said to him, “Sir, if you have carried him away, tell me where you have laid him, and I will take him away.” Jesus said to her, “Mary!” She turned and said to him in Hebrew, “Rabbouni!” (which means Teacher). Jesus said to her, “Do not hold on to me, because I have not yet ascended to the Father. But go to my brothers and say to them, ‘I am ascending to my Father and your Father, to my God and your God.’” Mary Magdalene went and announced to the disciples, “I have seen the Lord”; and she told them that he had said these things to her.

Or join us Saturday and Sunday Evening!

The painting above “Appearance of Christ to Mary Magdalene after the Resurrection” 1835 is by Alexander Ivanov who was born in Moscow, Russia. It is on display at the Royal Museum, London, England.