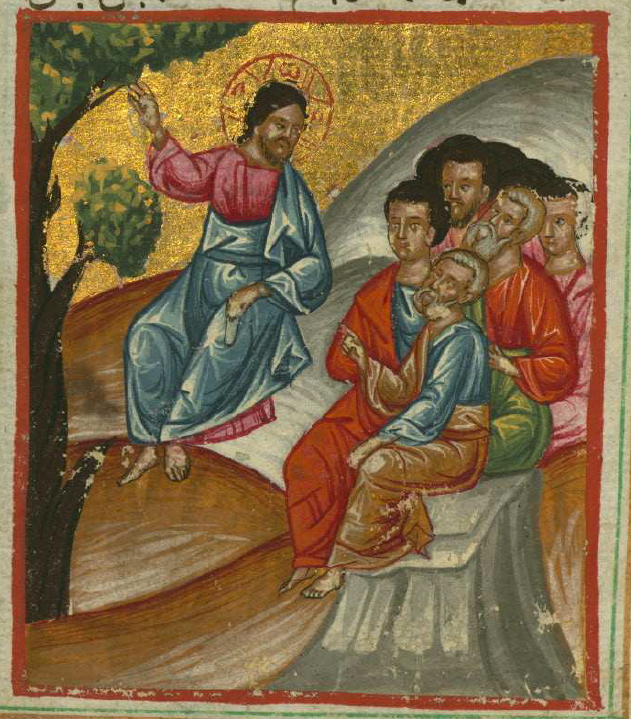 Everyone is Welcome to join us for Morning Prayer and Holy Communion at 10am at St. Mary’s Chapel in Aquasco as we have resumed in person worship!  We require masks be worn and social distancing to keep everyone safe.  All are welcome to join us as we celebrate a new beginning.  We also continue to offer online worship with Evening Prayer/Compline at 7pm.  The Zoom invite is the same as our 7pm Compline service.

Almighty and everlasting God, in Christ you have revealed your glory among the nations: Preserve the works of your mercy, that your Church throughout the world may persevere with steadfast faith in the confession of your Name; through Jesus Christ our Lord, who lives and reigns with you and the Holy Spirit, one God, for ever and ever. Amen.

9 Because you have made the Lord your refuge, *
and the Most High your habitation,

10 There shall no evil happen to you, *
neither shall any plague come near your dwelling.

11 For he shall give his angels charge over you, *
to keep you in all your ways.

12 They shall bear you in their hands, *
lest you dash your foot against a stone.

13 You shall tread upon the lion and adder; *
you shall trample the young lion and the serpent under your feet.

14 Because he is bound to me in love,
therefore will I deliver him; *
I will protect him, because he knows my Name.

15 He shall call upon me, and I will answer him; *
I am with him in trouble;
I will rescue him and bring him to honor.

16 With long life will I satisfy him, *
and show him my salvation.

Surely he has borne our infirmities
and carried our diseases;

yet we accounted him stricken,
struck down by God, and afflicted.

But he was wounded for our transgressions,
crushed for our iniquities;

upon him was the punishment that made us whole,
and by his bruises we are healed.

All we like sheep have gone astray;
we have all turned to our own way,

and the Lord has laid on him
the iniquity of us all.

He was oppressed, and he was afflicted,
yet he did not open his mouth;

like a lamb that is led to the slaughter,
and like a sheep that before its shearers is silent,
so he did not open his mouth.

By a perversion of justice he was taken away.
Who could have imagined his future?

For he was cut off from the land of the living,
stricken for the transgression of my people.

They made his grave with the wicked
and his tomb with the rich,

although he had done no violence,
and there was no deceit in his mouth.

Yet it was the will of the Lord to crush him with pain.

When you make his life an offering for sin,
he shall see his offspring, and shall prolong his days;

through him the will of the Lord shall prosper.
Out of his anguish he shall see light;

he shall find satisfaction through his knowledge.
The righteous one, my servant, shall make many righteous,
and he shall bear their iniquities.

Therefore I will allot him a portion with the great,
and he shall divide the spoil with the strong;

because he poured out himself to death,
and was numbered with the transgressors;

yet he bore the sin of many,
and made intercession for the transgressors.

James and John, the sons of Zebedee, came forward to Jesus and said to him, “Teacher, we want you to do for us whatever we ask of you.” And he said to them, “What is it you want me to do for you?” And they said to him, “Grant us to sit, one at your right hand and one at your left, in your glory.” But Jesus said to them, “You do not know what you are asking. Are you able to drink the cup that I drink, or be baptized with the baptism that I am baptized with?” They replied, “We are able.” Then Jesus said to them, “The cup that I drink you will drink; and with the baptism with which I am baptized, you will be baptized; but to sit at my right hand or at my left is not mine to grant, but it is for those for whom it has been prepared.”

When the ten heard this, they began to be angry with James and John. So Jesus called them and said to them, “You know that among the Gentiles those whom they recognize as their rulers lord it over them, and their great ones are tyrants over them. But it is not so among you; but whoever wishes to become great among you must be your servant, and whoever wishes to be first among you must be slave of all. For the Son of Man came not to be served but to serve, and to give his life a ransom for many.”

Every high priest chosen from among mortals is put in charge of things pertaining to God on their behalf, to offer gifts and sacrifices for sins. He is able to deal gently with the ignorant and wayward, since he himself is subject to weakness; and because of this he must offer sacrifice for his own sins as well as for those of the people. And one does not presume to take this honor, but takes it only when called by God, just as Aaron was.

So also Christ did not glorify himself in becoming a high priest, but was appointed by the one who said to him,

“You are my Son,
today I have begotten you”;

as he says also in another place,

“You are a priest forever,
according to the order of Melchizedek.”

In the days of his flesh, Jesus offered up prayers and supplications, with loud cries and tears, to the one who was able to save him from death, and he was heard because of his reverent submission. Although he was a Son, he learned obedience through what he suffered; and having been made perfect, he became the source of eternal salvation for all who obey him, having been designated by God a high priest according to the order of Melchizedek.

The painting above Jesus teaching his disciples 1684 is at the Walters Art Museum in Baltimore, MD.  Our office hymn is below, please stop by in person or online and join us as we give Thanks and Praise for so many Blessings!  Come and See!