The Presentation of Our Lord Jesus-Feb 2nd, 2022-Noonday Prayer 12pm online via Zoom 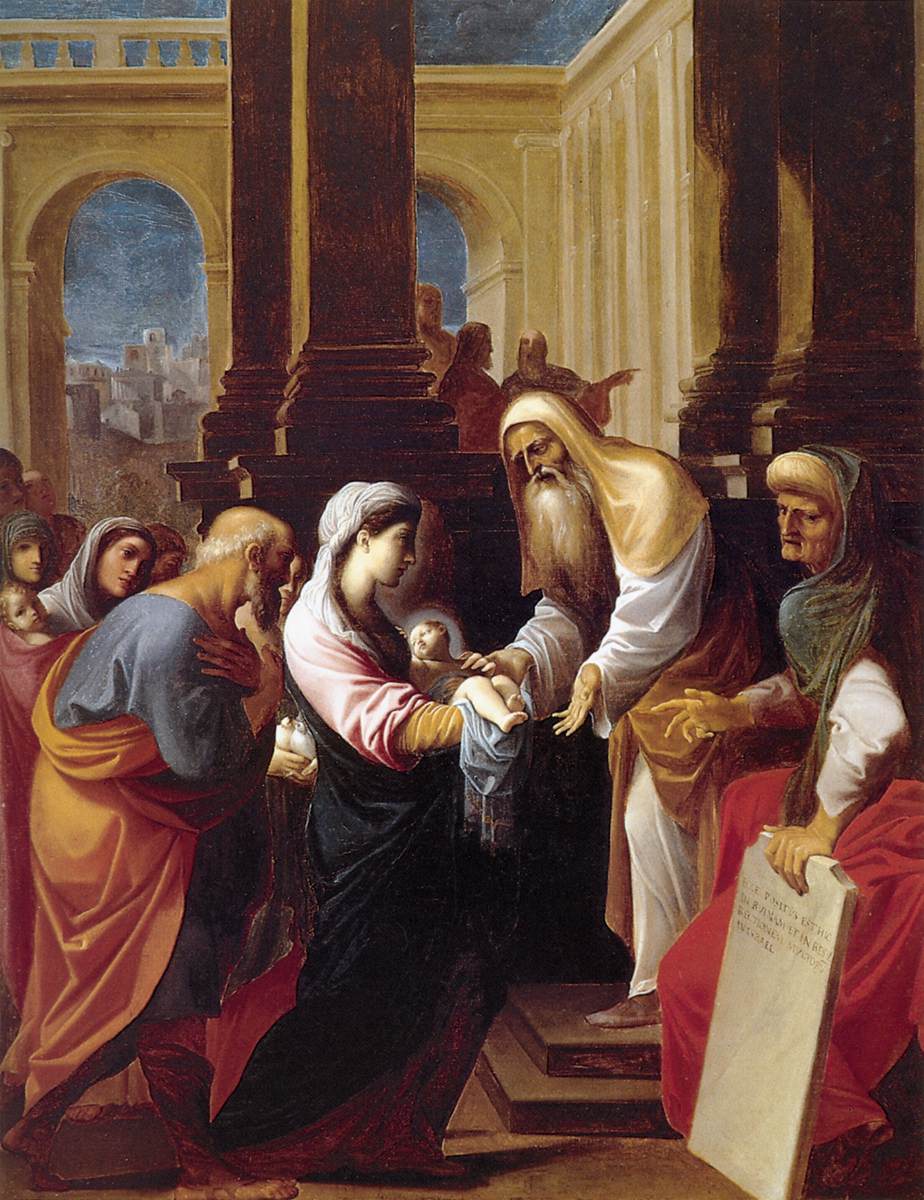 Please join us for Noonday Prayer at 12pm via Zoom as we celebrate the feast of The Presentation of our Lord Jesus.  This day marks the presentation of the infant Jesus in the Temple by the Blessed Virgin Mary and St, Joseph.

The Zoom invite is the same as our 7pm Compline service.When you join the 7pm ZOOM meeting you will enter the virtual waiting room before you are admitted to the service. Please identify yourself with first and last name on ZOOM as you join so we can greet you. Come and See!

Almighty and everliving God, we humbly pray that, as your only-begotten Son was this day presented in the temple, so we may be presented to you with pure and clean hearts by Jesus Christ our Lord; who lives and reigns with you and the Holy Spirit, one God, now and for ever. Amen.

Now there was a man in Jerusalem whose name was Simeon; this man was righteous and devout, looking forward to the consolation of Israel, and the Holy Spirit rested on him. It had been revealed to him by the Holy Spirit that he would not see death before he had seen the Lord’s Messiah. Guided by the Spirit, Simeon came into the temple; and when the parents brought in the child Jesus, to do for him what was customary under the law, Simeon took him in his arms and praised God, saying,

“Master, now you are dismissing your servant in peace,
according to your word;

for my eyes have seen your salvation,
which you have prepared in the presence of all peoples,

a light for revelation to the Gentiles
and for glory to your people Israel.”

And the child’s father and mother were amazed at what was being said about him. Then Simeon blessed them and said to his mother Mary, “This child is destined for the falling and the rising of many in Israel, and to be a sign that will be opposed so that the inner thoughts of many will be revealed– and a sword will pierce your own soul too.”

There was also a prophet, Anna the daughter of Phanuel, of the tribe of Asher. She was of a great age, having lived with her husband seven years after her marriage, then as a widow to the age of eighty-four. She never left the temple but worshiped there with fasting and prayer night and day. At that moment she came, and began to praise God and to speak about the child to all who were looking for the redemption of Jerusalem.

When they had finished everything required by the law of the Lord, they returned to Galilee, to their own town of Nazareth. The child grew and became strong, filled with wisdom; and the favor of God was upon him.

The painting above Presentation in the Temple circa 1605 is by Lodovico Carracci.  Our office hymn is below,  Please stop by online and join us.