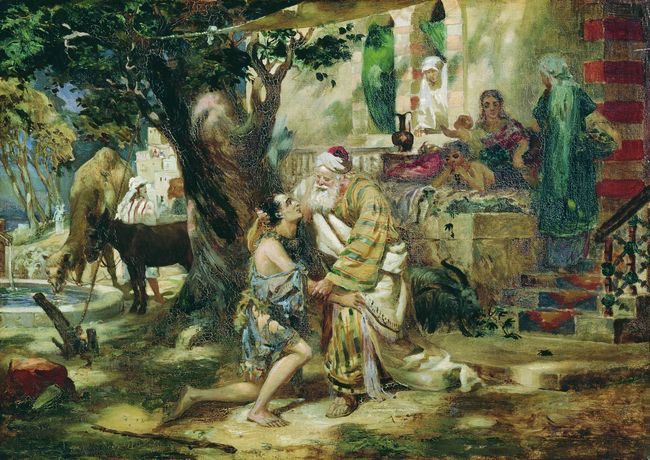 Everyone is Welcome to join us for Morning Prayer and Holy Communion at 10am at St. Mary’s Chapel in Aquasco as we journey through the Season of Lent!  We are still social distancing to keep everyone safe.

On this Fourth Sunday of Lent, also known as Laetare and Refreshment Sunday Masks are welcome but no longer required.  Please join us as we rejoice in worshiping together as we walk towards and prepare for the sacred drama of Holy Week.

Gracious Father, whose blessed Son Jesus Christ came down from heaven to be the true bread which gives life to the world: Evermore give us this bread, that he may live in us, and we in him; who lives and reigns with you and the Holy Spirit, one God, now and for ever. Amen.

1 Happy are they whose transgressions are forgiven, *
and whose sin is put away!

2 Happy are they to whom the Lord imputes no guilt, *
and in whose spirit there is no guile!

3 While I held my tongue, my bones withered away, *
because of my groaning all day long.

4 For your hand was heavy upon me day and night; *
my moisture was dried up as in the heat of summer.

5 Then I acknowledged my sin to you, *
and did not conceal my guilt.

6 I said,” I will confess my transgressions to the Lord.” *
Then you forgave me the guilt of my sin.

7 Therefore all the faithful will make their prayers to you in time of trouble; *
when the great waters overflow, they shall not reach them.

8 You are my hiding-place;
you preserve me from trouble; *
you surround me with shouts of deliverance.

9 “I will instruct you and teach you in the way that you should go; *
I will guide you with my eye.

10 Do not be like horse or mule, which have no understanding; *
who must be fitted with bit and bridle,
or else they will not stay near you.”

11 Great are the tribulations of the wicked; *
but mercy embraces those who trust in the Lord.

12 Be glad, you righteous, and rejoice in the Lord; *
shout for joy, all who are true of heart.

The Lord said to Joshua, “Today I have rolled away from you the disgrace of Egypt.” And so that place is called Gilgal to this day.

All the tax collectors and sinners were coming near to listen to Jesus. And the Pharisees and the scribes were grumbling and saying, “This fellow welcomes sinners and eats with them.”

So Jesus told them this parable:

“Now his elder son was in the field; and when he came and approached the house, he heard music and dancing. He called one of the slaves and asked what was going on. He replied, ‘Your brother has come, and your father has killed the fatted calf, because he has got him back safe and sound.’ Then he became angry and refused to go in. His father came out and began to plead with him. But he answered his father, ‘Listen! For all these years I have been working like a slave for you, and I have never disobeyed your command; yet you have never given me even a young goat so that I might celebrate with my friends. But when this son of yours came back, who has devoured your property with prostitutes, you killed the fatted calf for him!’ Then the father said to him, ‘Son, you are always with me, and all that is mine is yours. But we had to celebrate and rejoice, because this brother of yours was dead and has come to life; he was lost and has been found.'”

From now on, we regard no one from a human point of view; even though we once knew Christ from a human point of view, we know him no longer in that way. If anyone is in Christ, there is a new creation: everything old has passed away; see, everything has become new! All this is from God, who reconciled us to himself through Christ, and has given us the ministry of reconciliation; that is, in Christ God was reconciling the world to himself, not counting their trespasses against them, and entrusting the message of reconciliation to us. So we are ambassadors for Christ, since God is making his appeal through us; we entreat you on behalf of Christ, be reconciled to God. For our sake he made him to be sin who knew no sin, so that in him we might become the righteousness of God.

The painting above Prodigal Son is by Henryk Siemiradzki.  Our office hymn is below please stop by in person or online and help us give Thanks and Praise to the Risen Lord!